The RDRP B74 Aluminium Fan Mount for Team Associated?s latest 1/10th 4WD buggy is machined from aircraft-grade 7075-T6 aluminium and attaches to the centre chassis brace by using an already existing mounting point. The mount is designed for 30mm and 40mm fan units that are held in place with much greater reliability compared to just using double-sided tape while also adding visual impact and cool factory looks. The black anodised item comes laser-etched to show off your passion for everything RDRP and it only adds minimal weight. While coming separately, the mount is also available including a Ruddog 30mm aluminium HV high speed cooling fan (#RDRP0495-RP3).

A direct fit on the B74 with 30mm fan units. 40mm fans only fit certain body shells so some adjustments to the body shell height might be needed.

Other customers have also bought the following items

This is only a small selection of our products 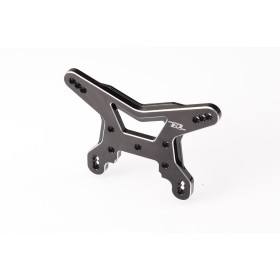 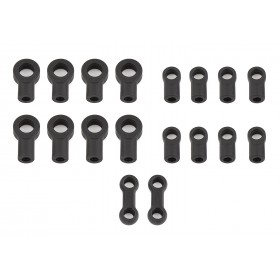